Numerous thinkers believe that the universe is governed by a set of universal rules that are unchangeable, unbreakable, and universally applicable to all individuals regardless of age or nationality. These laws serve as the riverbanks that lead their life on their path to their final destination.
One such law is the law of attraction. The law of attraction is the concept that everyone, through the power of their minds, may control their fate.

According to the nature of your ideas, the Law of Attraction attracts to you all you require. Your environment and financial situation are perfect mirrors of your regular thought patterns ~ Murphy, Joseph

The Law of Attraction’s History

Indeed, the eternal Buddha was one of the first to teach men about the law of attraction. “What you have become is what you have thought,” he stated. This was a concept familiar to the eastern peoples for centuries before it began to spread to the western hemisphere.

The concept of karma may have derived from the law of attraction as well. According to karma, anything you send out into the cosmos will eventually return to you. If you have demonstrated love and compassion, you will be rewarded. If you are purposely harsh to someone, you will receive the same cruelty back into your life. Your actions and thoughts manifest as physical entities, eliciting a response from the universe.

The law of attraction gained prominence in the western hemisphere during the nineteenth century when people recognized and applied the power of positive thought. In 1906, William Walker Atkinson, editor of New Thought magazine, wrote a book titled Thought Vibration or the Law of Attraction in the Thought World.

As can be seen, the law of attraction is not a novel concept. The concept that thought has a significant influence on the trajectory of a man’s destiny has been taught by wise men throughout history and has spawned an entirely new period of beliefs. 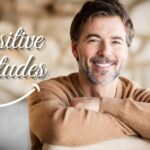 How to Keep Positive Attitudes and What are the Benefits of it?2 Total Shares